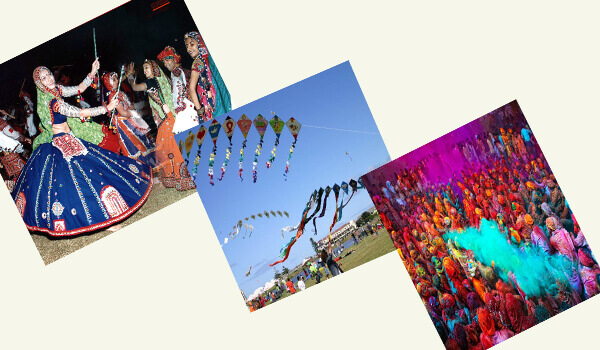 Gujarat is one of the most beautiful states in India. There are some famous festivals that represent the culture and tradition of Gujarat. These festivals are celebrated in different parts of Gujarat every year. Gujarat receives thousands of tourist from all around the World. These festivals are celebrated with great fun and enthusiasm by the people of all caste and religion. Some of the fairs and festivals celebrated in Gujarat are Holi, International Kite Festival, and Modhera Dance Festival.

Bhavnath Mahadev Fair: It is a five-day festival celebrated in the month of February during Mahashivratri. The fair is held at Bhavnath Mahadev Temple located in Junagadh Gujarat. During the Bhavnath Mahadev Fair, the visitors are served with free meals by the organizers of the fair. In this fair stalls is set up for shopping like sarees, idols and other utensils.