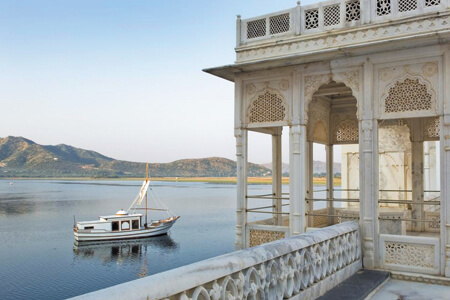 State: Udaipur (City of lakes or Kashmir of Rajasthan)

Nearest Airport: Dabok is the closest airport which is 24km away from the center of the city. It is domestic airport and named after the prince of Mewar. Other International airport near to city are Ahmedabad and Jaipur airport.

Bus Service: Udaipur is the also known as the venice of the east and popular honeymoon destination in India. It is well connected by the cities like Jaipur, Mumbai, Ajmer, cities of Gujrat and Up. Taxi and cab agencies are also facilitates good service.

Nearest Railway Station: Udaipur city railway station located at the 3km away from the center of the city is the main station and other is Pratap Nagar railway station.

Best Time to Visit: Predominant season to visit city are monsoon and winters that is from September to March as season is pleasant and calm to explore.
PLAN MY TRIP