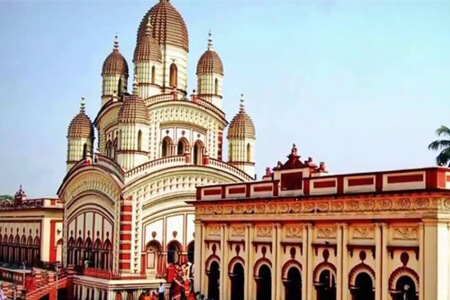 Attractions: Victoria Memorial dedicated to the memory of Queen Victoria, magnificent Fort William located on the eastern banks of Hooghly River, Howrah Bridge is cantilever bridge connects Howrah and Kolkatta built on the Hooghly river, Belur Muth founded by Swami Vivekanand, Birla Planetarium, Indian museum is one of the oldest museums in the world showcasing the ornaments, mummies and astonishing Mughal paintings. Eden Gardens is the popular cricket stadium, mother house has the tomb of Mother Teresa, Rabindra Sarovar is home to various migratory birds from Siberia to Russia and there are lot of amusing places to explore in Kolkata.

Bus Service: Transport services in Kolkata in have mixed vehicles like modern and old rickshaws. Kolkata has the extensive network of government and private buses. Kolkata is well connected by the other cities. Taxi and private cabs are also available for the exploration of the city.

Nearest Railway Station: City is well connected by the other cities of India. It has two major stations that are Howrah and Sealdah. The third railway station is under construction. Kolkata also has Trams and it is the only city in India which have these.

Food: Popular sweet dishes are Roshogulla and Sondesh. Chanachur is spicy dried ingredients eaten as snacks, Kosha Mangsho is mutton curry. Tibetian food is also very famous in Kolkata, Mughlai Parantha, Kachori Tarkari with Jalebi, Puchka or Pani puri, Ghugni is the chana and chickpea chat are some of the delicious food of the Kolkata.

Best Time to Visit: Best time to visit is October to March when climate is pleasant to explore the city.
PLAN MY TRIP